Wilson Medical Centre (WMC) was founded in 1947 by Dr. Franklyn Shapiro. After growing up in the industrial north end of Hamilton, Ontario during the depression,

Franklyn Shapiro attended medical school and opened his first practice in his family home at 130 Wilson Street in Hamilton. Thinking that another neighborhood might provide a more productive practice, Dr. Shapiro opened a second practice in nearby Stoney Creek. To his surprise, his best response was back at home, where people started coming to the house for medical services. He gradually took over the house and purchased the surrounding real estate, allowing him to expand into a full service clinic, offering additional family physicians, and x-ray services

Dr. Shapiro has been awarded and recognized for his leadership and contribution to community life.

The central location, easy access and free parking have played an important role in the success of the clinic. 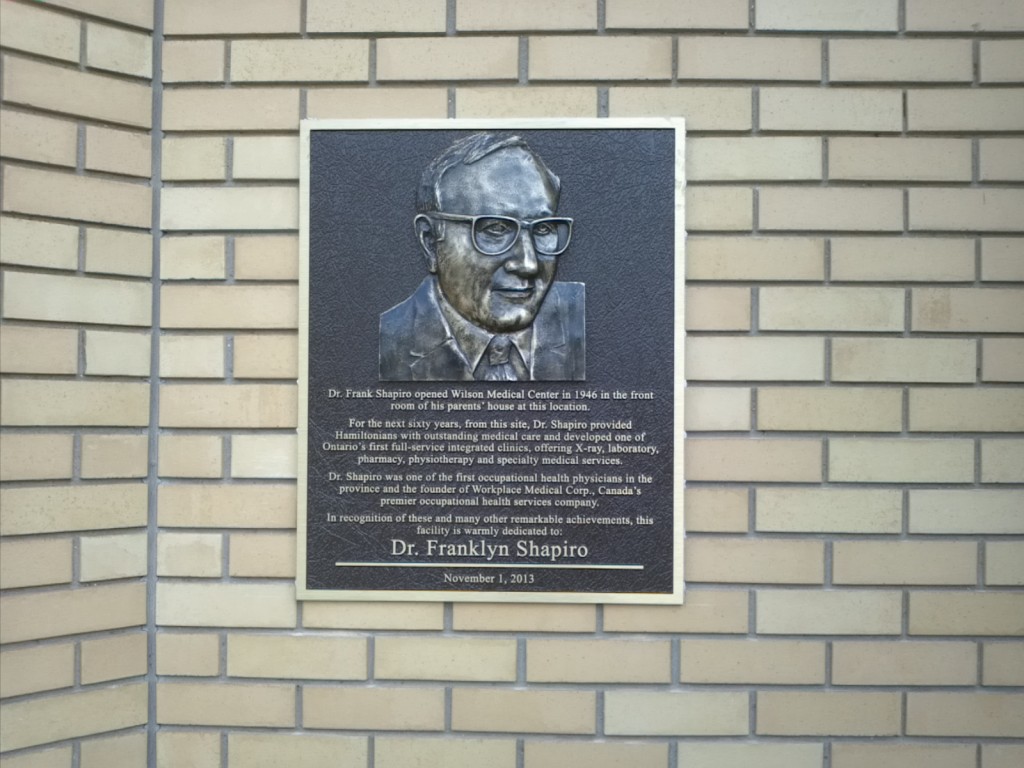